“Baghdad, Russia’s ally in its fight against ISIS, wants Russia to have a bigger role in the anti-terrorist campaign in Iraq than the US and may soon officially request to start airstrikes on its soil, the chairman of Iraqi parliament’s defense committee said.”
“We might be forced to ask Russia to launch airstrikes in Iraq soon. I think in the upcoming few days or weeks Iraq will be forced to ask Russia to launch airstrikes and that depends on their success in Syria,” said Hakim al-Zamili, Reuters reported.”

“The Iraqi official told RIA Novosti that the decision would depend on how efficient the Russian campaign in Syria proved to be.” 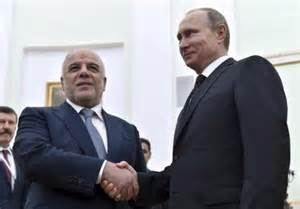