As another NATO nation is staggered by ISIS attacks, Russia sends additional forces into Georgia. Why?

As NATO tries to deal with terror attacks in Brussels, where NATO’s HQ is located, Russia is speeding up the building of a Russian Army line of communication in Georgia. This line of communication will allow Russia to move its troops from Russia into and through Georgia to Georgia’s border with Turkey.

So, the NATO HQ Brussels has come under attack. NATO partner Turkey was attacked last week, NATO partner France was attacked last November, and now Russia is moving forces into NATO partner Georgia. As Russia expands its footprint in the Middle East someone needs to finally ask why all this is happening to NATO and why Russia is actively courting the Kurds who have been clients of Russia since the 1960s.

On 16 OCT 15 NEC-SE posted: The New Model of Power Relations and the Middle East Crisis

In the article we stated:  “Most Americans are ignorant of the shifting alliances and power blocs that are influencing the course of events in the Middle East. As a result, recent moves by Russia and China in Syria and the Mediterranean Sea have come as a shock to many observers. But those that have followed China and Russia since the mid 1990s, when the Shanghai Cooperative Organization (SCO) was formed as an alternative to the unipolar world led by United States (and, also, as a response to an increasingly assertive and capable NATO) know that the SCO axis had a prior record of conducting multiple national-level joint military and security exercises well before the crisis in Syria placed them in an operational role. [1 & 2]”

“They also know that the U.S. has played a leadership role in facilitating the recent re-emergence of Russia as a global power and in the rise of China as a military power. Larger American firms tied to the current administration have also been given economic incentives to help sustain China’s faltering economy thereby ensuring that China realizes its vision for the Middle East. [3, 4, & 5]”

“On the global level, the SCO axis can expand militarily heedless of U.S. preferences and concerns.”

“Susan Rice and others in the Obama administration have been chattering incessantly about the virtues of the “New Power Relationship” with China. That being the case, is it any wonder that the U.S. is ceding entire regions to the SCO axis without consideration for long-term consequences of allowing human rights in those regions to be eradicated by men with guns? [25 & 26]” 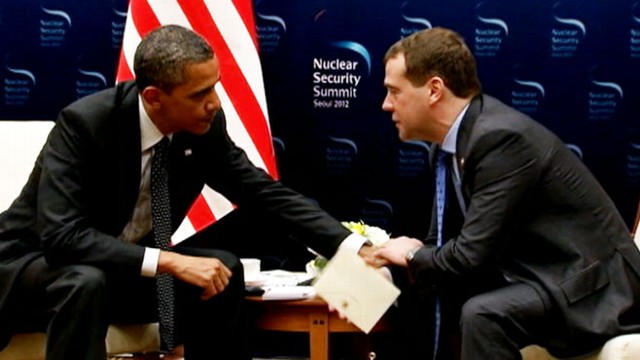