Israel Providing Intelligence to Jordan, Egypt in Fight Against ISIS

JNS.org – Israel is providing intelligence assistance to Jordan and Egypt in the fight against the Islamic State terror group, a senior Israeli military officer said on Wednesday.

“Egypt fights the Islamic State in the Sinai Peninsula. Jordan is terrified by the presence of the Islamic State in Jordan’s cities and towns. And we try to work with them in order to contribute something to their security,” Israel Defense Forces (IDF) Maj.-Gen. Yair Golan, deputy commander of the IDF, told reporters from Israel’s Foreign Press Association on Wednesday. 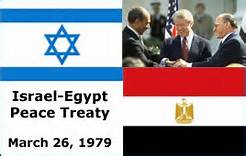