Will President Erdogan now attempt to become the life time President of Turkey?

Earlier today NEC-SE posted the article: NEC-SE expects all political opposition in Turkey to be outlawed shortly given the government is still in charge of the Judiciary.

In the article we stated: If this was staged by AKP expect the following:

There are multiple historical precedence for staged coups to retain power.  We ask our readers to look at a few of them on open source.

What happened and what is the outcome after the Coupe D’Etat, which started prior to midnight and ended by this morning.

Finally, when President Erdogan begins executing his competitors we can be assured that the United States current administration and their political appointees will stand by the “democratically” elected leader who has been linked to the ISIS operations and oil sales in Syria and Iraq. 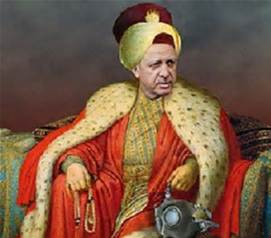